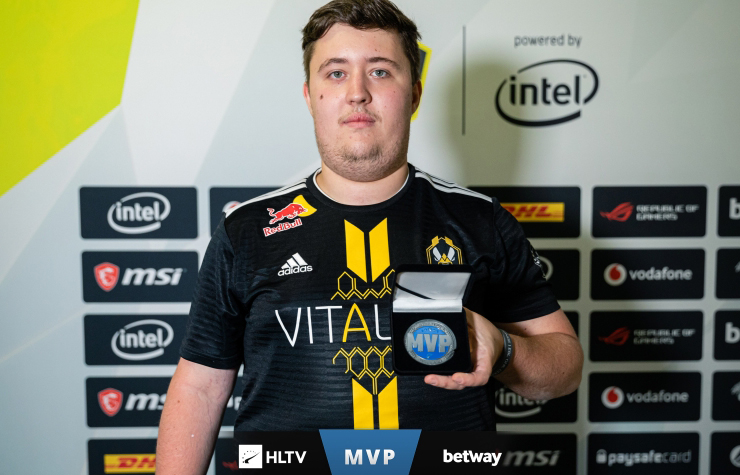 Team Vitality player Mathieu ZywOo Erbo received the MVP medal from HLTV for game at ESL One Cologne 2019 at CS: GO. This was reported on the portal twitter.

On ESL One Cologne 2019 ZywOo held 17 cards, and only two of his rating fell below one. He showed the best statistics on the second map of the fight against NRG Esports. The difference between frags and deaths was +17, and the rating exceeded 2.