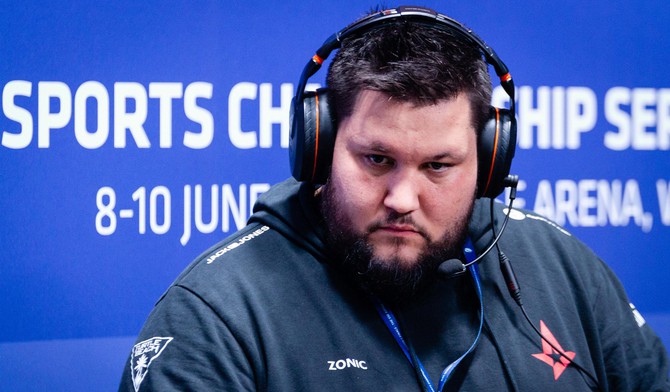 Astralis mentor Danny zonic Sorensen commented on the victory over DreamEaters in the first leg of the main stage of StarLadder Berlin Major 2019 CS: GO. In an interview with the tournament organizers, he also told how the team was preparing for a major, and said that the Danes needed to become even better in order to fight Team Liquid on equal terms.

About the match with DreamEaters

“The last week of our preparation, I said that teams from the preliminary stage can be serious rivals, because they have already played many matches in Berlin and are used to the situation here. They are complex opponents. Although [in the match with DreamEaters] we were a couple of rounds behind, it was important for us to believe in ourselves and play from a position of strength. It was important to tell the guys that at this stage they need to play without fear: in the case of a lost pistol or first buy, you still need to go forward. So we did for the special forces: pushing Temko, short and long. In general, the game was under our control. DreamEaters played well, they had a great fake in the last round for the attack, when they took us by surprise. Respect to them, they deserve [to play at this stage of the major]. “

“I must admit that in the first week after the break, the players were not in good shape: they could not remember all the grenades and tactics. But already in the second, everything began to work out, individually, the players also became better. We had excellent preparation, I can’t say what we could add. I think we are ready as well as possible. “

About the confrontation with Liquid

“Liquid plays better than in 2018, but the point here is that our form has become worse than it was a year ago: we seemed to change places. Everything goes on as usual. Of course, in this tournament we will not take everyone forward with our feet, we move from match to match. Again we need to get experience from matches, and this is not easy.

If not for our good game, Liquid would be the best team of 2018. Last year, in five of the 11 finals we won, we met with Liquid. If we become 5-7% better, then our confrontation with Liquid will become very interesting. ”