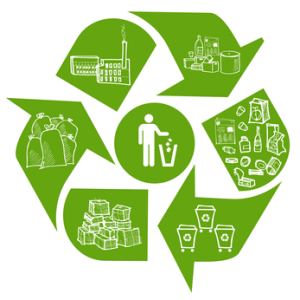 Hi all, I wondered – who among us has no junk lying around in the inventory, even happened that some few pages filled up with a completely incomprehensible and useless garbage. Let’s see how can we deal with this waste and thus perhaps bring us some profit, and as a result would not be so junk.

I would like to mention three of the options that are most relevant, profitable and exciting perhaps, we will see:
Method one – SALE, that is easiest obviously and one wonders why the ‘captain’ describes such methods, but because not everyone understands and is aware of the fact that this cheap armor, collected in a substantial sum, and the whole process will take about One hour – take a its process of putting some of the goods of your CS GO into the Steam Store and wait around the next morning like it is tooth fairy, buyers will gather you the amount sufficient to a little bit solid purchase. Enjoy.
The second way – to bring things in SACRIFICE, not the ancient gods of course, but for the sake of the greater good. As the CS GO and in Dota 2, almost every object can be exchanged under the contract or on the chest or on the compendium levels, a lot of variations to abound. Admittedly, though, not all items are suitable for this process, well, what to do, they will face a different fate, that’s it nothing else to do. Advantages of this method is that the objects that you will break for the sake of the trunk for example, despite the low cost can give a huge value out – and you fall out of the trunk such as the item of the price in a few tens of dollars.
Method number three – GAAAMBLING. Now the number of sites with the absence of a minimum threshold amount of the bet. And then we have two options for further developments – set the maximum number of items or one at a time. In this and in another embodiment, the chances of success are miserable so its for you decide. Evaluate this method is probably the most difficult because it can bring you a huge profit, and destroy all your cheap items – everything will depend on your luck.
Well, perhaps that’s it, what method you choose depends on you and only, you can come up with their own versions or do nothing with your items. Take care of your stash.

And a small digression in which I would like to talk about the overabundance of cheap objects in games. Currently playing like DotA 2 or CS GO, you still can get old items that do carry almost no value – like real trash, and since they were created a long time ago, that for technical reasons are obvious external limitations and obviously not able to compete with new items . It appears logical question – why do we need such things, I agree that nothing bad in huge amount of items and no harm from them anyway, but many of them could be adapted to the current version of the game – that will breathe new life into them, what do you think about this?