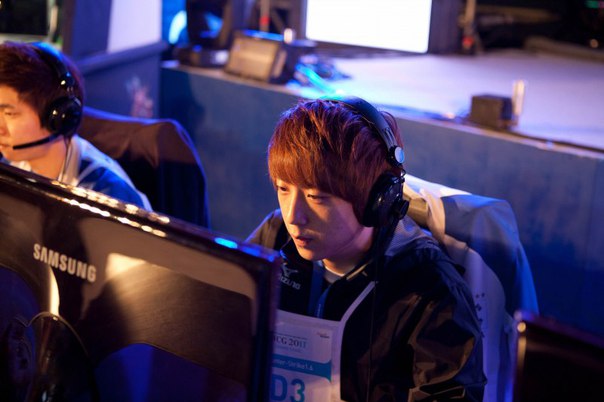 In the following interview, the 20-year-old also answered questions surrounding MVP project’s first big international event and current state of the South Korean scene, before journey to the Kiev:

Since finishing last at the PGL KeSPA Minor three months ago you’ve shown significant signs of improvement in international (regional) matches, beating plenty of Chinese teams and putting up a good fight against the best there. What changed since the Minor in your team to lead to that improvement?

We realized that there was a problem in our teamwork, especially communication. We focused on solving this problem a lot for the last three months. Of course we’re training hard for individual skill and situation analysis as well.

Can you go through the roles in your team, who’s the AWPer, the in-game leader etc.?

Me (Sound) and Rinda are attackers, HSK is the main sniper, Argency is the in-game leader, X1gN is in the lurker position.

In other esports titles, Asian players and teams, especially in China and South Korea, often live in a gaming house with strict schedules, is that the case with your team as well? What does your daily schedule look like?

Our daily schedule is: normally we wake up at 2:30 PM, prepare for practice from 3 PM. We practice our teamwork until 2 AM, after that we spend private hours. Then we go to bed at around 4-5 AM. Our mood is very free so we don’t feel any pressure at this moment.

You’ve recently qualified for StarSeries Finals, your first big international event, what does it mean to you to get a chance to play against the world’s best teams? What are your ambitions for Kiev?

We have big expectations. Obviously this is our first time meeting European teams. We can evaluate ourselves against them, too. We are not just an easy team 🙂

Will your training differ in any way prior to StarSeries? How will you prepare for specific teams once you know the groups?

We will be training a lot to show our best performance. When we get to know the group draw, we should prepare for each oppornent too.

We haven’t seen South Korean teams present at bigger international events in CS:GO up to now, what does your scene need to be able to develop further and to be seen as a serious contender?

Despite being the number one team in South Korea for quite some time, you dropped a series to autocracy during VSL. Do you see them as the number two in your country? What about other teams, is there anyone else who could challenge you in the near future?

Most of autocracy members left, so I am not sure about it. We think monster.kr and T5 have a lot of potential in the near future.

Do you have any role models among the world’s top teams, some team you often try to learn from, or some player that you mold your play towards?

Our role model team is fnatic (the previous version) and our role model player is an all-round player like SK.coldzera.

Many international fans are excited about the return of the old Korean legends like solo and termi in MVP PK. Do you practice against them, what is their level now and do you have any other information to share about them?

We practice against each other a lot, especially since there are no practice opponents. They need more time for CS:GO, but I feel they have huge potential. They will never disappoint their fans.