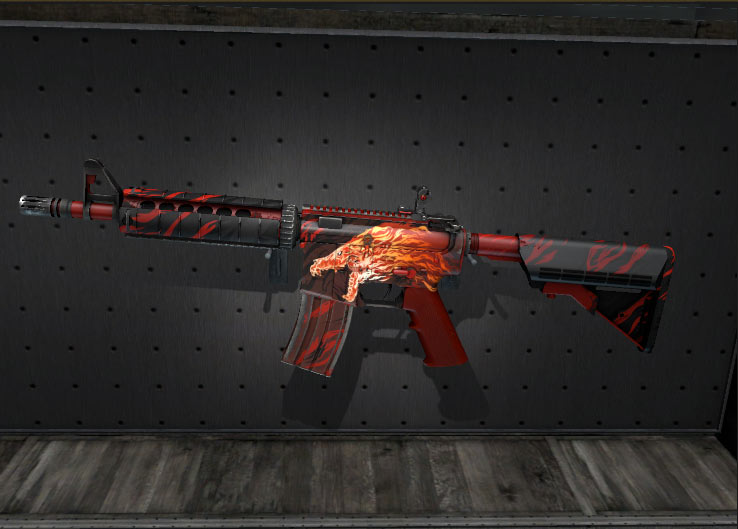 How much is da fish?

Hey ya dear friends. Today I would like to address a topic such as the rare items in computer games, and specifically in the computer game CS GO. If we ask the question of whether the chosen measure of rarity creators of the game as the actual value of the object marker – then we immediately come to the conclusion that there is. Now the color of the items rarity marker, which is a kind of had to display the properties of the “rarity” of the subject, to perform its functions only partially. As before – the subject of value, and as a consequence of its rarity determined by complexity of production process of an object – we can talk about a case that is very hard to get or buy because of its high cost, or items, which are very difficult to exchange by the contract. For example there are Contraband skin that get is no longer possible if you do not buy it directly from another player for a very large cash, of course we are talking about M4A4 Howl. This is a perfect example of how the object value is not determined by its color category because this rifle is in the same category as items that can cost less than a dollar. In fact this division is simply to be appropriately placed in the case. For example in the case Gamma are seven objects rarity of Mil-Spec, five objects rarity Restricted, three arms and two Classified Covert subject. On average, the content of other cases different one, maximum two subjects of a certain class. Of course the frequency of loss of some other less frequently and it is an important indicator, but with the advent of exchange it was all a matter of time, you can get any object, and measure your luck only affects as soon as you get it. The exception to this – the knives – you can get them directly from the case and you have to spend a considerable amount of time and quite a lot money. In such a case arises a reasonable question – whether there is a need in this division in principle? Perhaps now it is simply a division carries more technical value and value certainly enough to leave everything as is. Another question is whether it makes sense to focus on this list? Probably not, since the cost of even the largest objects rarity, can cost less than a dollar. The most valuable rarity gives for further exchange for a greater rarity. However, it is in these exchanges – red items can bring to the largest loss of money because a large number of players hoping to get the item cost several hundred dollars, can become the happy owners of two dollars the price of the subject.