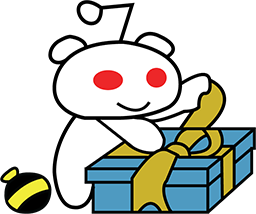 Sad that not many people knows that thread in reddit to suggest exact fixes or features that people want from Valve to do with CS GO. All the suggestion taken from Reddit and link to the thread will be below. Hope you guys will join the thread and add your suggestions, there is two ways for Valve: in some day they will do the job and take care of CS GO or leave it as the game of past, lets hope for the best and maybe our game will be better.
Source: Reddit

Requested Features and Bugs yet to be fixed

Suggestions for improving the BOT system

As per /u/ido_valve:
We don’t plan to implement “forgive” because we would rather that players rage at the rules than potentially rage at the victim. That is, we don’t want to create situations where 3 players are pissed off at the fourth because he/she didn’t forgive the fifth and got them kicked off of the server and now they’re going to lose because they’re short a player.
We recognize that there are some cases where /forgive would be preferable to hard rules but we prefer that the blame lie entirely with the person that made the mistake. The game notifies players that are TKing or doing team damage and usually there’s ample opportunity to change behavior and reduce the possibility of further instances and we would prefer that a player change their behavior rather than rely on the kindness of their teammates.
Hope that makes sense.
GL;HF

Features and Bugs that were Requested and were Fulfilled