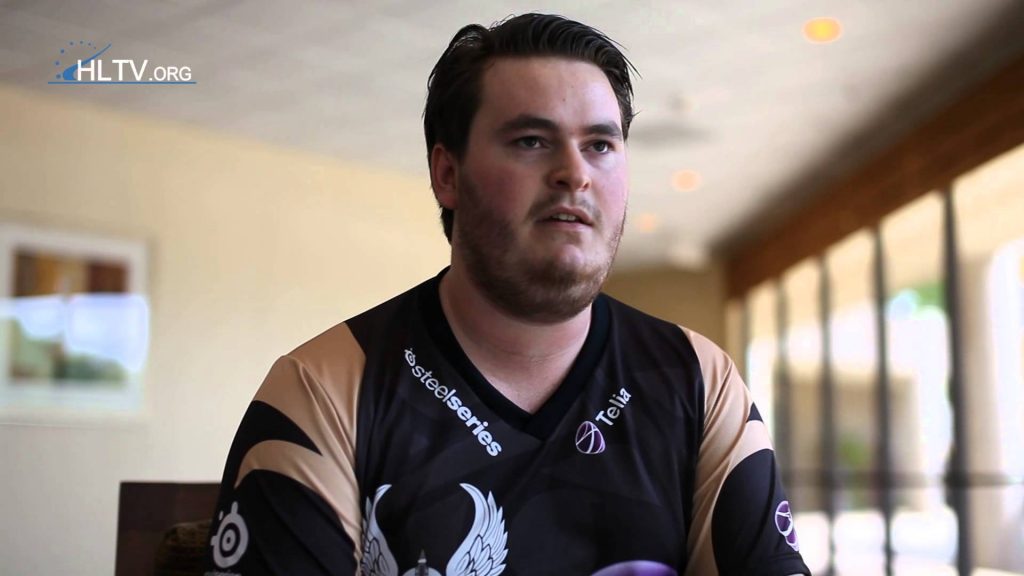 Let’s talk a little bit about the tournament, you guys got your first victory against HellRaisers yesterday in the opening match so let’s start there and then we’ll move on to today.

Yeah, we played the first game yesterday against HellRaisers. We’ve been practising against them quite a bit so we knew what kind of team we’re playing. We had a pretty good idea about what they were doing but I think we got stuck trying to play against them instead of playing our game in the beginning of the match because we were down like 8-1. We had a rough start, then we took a timeout and just talked to each other, we said “let’s just play our game, if we do that we’ll win the rest of the rounds.” We did as T, and we started off strong by winning the pistol as CT and we just kept on rolling. We didn’t really do anything special against them, we just played our game and then we won almost every round. We played strong after the timeout.

Moving onto today, you also had a very nice showing. This was also a much bigger game because it was for first seed and also because of who it was against, the ex-fnatic players—now GODSENT. Run me a little bit through what you were expecting from the game and how you prepared, be it mentally or for the game itself.

Playing against the fnatic guys, the old fnatic guys, flusha, JW, and KRIMZ is always something special. We were expecting kind of a fnatic gamestyle where they like to rotate late game, they like to fake a lot late in the rounds and play a bit like fnatic, but more tactical since they have pronax back. And I think that’s kind of what they did, they rotated a lot and tried to fake us away, but they succeeded maybe only once or twice. We had a pretty good idea on how they were playing. They had a lot of set rounds, which didn’t really work out for them that well. We had a good idea about how to play against them. We prepared with THREAT but he’s not here right now because he’s in school and he has a big seminar, so we were speaking to him from the hotel and even now he’s still doing the pre-game research, helping us out with tactics, and everything. Even though he’s not here he’s still helping us with the tactical part.

Did you expect you’d have such a wide margin against GODSENT, how did you expect them to do and are they living up to those expectations? It seems they’re having a bit of trouble starting out…

I was expecting them to play a bit better than they did, but I know myself and you can just have a bad day, which maybe they did or maybe we just played well. I didn’t expect it to be that easy, or that we would win with that big of a scoreline. They still have a lot of potential to be a top team, they have the players and hopefully everything works out with their organization and everything. Maybe it’s a bit shaky with the new organization, everything’s new… we’ve been with NiP for such a long time and we don’t have to worry about anything. Everything’s just natural, so it’s a new climate for them. They still have the potential, but they also need to work a bit more, since they have two new players and kind of a new way of playing the game.

Talking a little bit about the summer transfers and fnatic and GODSENT, you stayed the same even though pyth isn’t here right now, but what was the thought process behind that? Are you just comfortable with the roster you have, didn’t feel the need to change anything despite not getting the same results as when THREAT just joined?

We are very comfortable playing with each other both in-game and outside of the game. We have talked a lot about why we didn’t have good results in the summer and we felt that we travelled way too much. For example, before the Major we didn’t bootcamp because we didn’t have time after the ECS League. We were travelling too much to get those extra playing hours. We had the lowest amount of playing hours, all of us, during the summer when we had really big tournaments. That really hurt us and that’s something we talked about. We shouldn’t accept that many tournaments if we can’t handle going to them. We would prefer going to five tournaments and have a chance of winning them all instead of going to 15 tournaments and just going there and trying our best. That is one of the reasons our results match up with our expectations for the summer. But it’s also something we learned and we know that when we’re playing our A game, when we have a lot of playing hours and we feel comfortable in our way of playing, we’re one of the best teams in the world and we can go and win tournaments.

Now you’re playing with Maikel again, what is it like having him back and how long is he expected to stay around? How is pyth doing and how has the transition been?

We used doplan first, but he is with Epsilon, so he couldn’t keep on playing with us. We’re very grateful he played with us for the first two or three weeks in the Pro League, but then he couldn’t come with us here so we wanted to pick a player that wasn’t under contract because we don’t 100% know how long pyth is going to be away. I think the expected time for him to return is around the beginning of October, but it’s not a set date. He’s going to a specialist for the arm issues and he’s getting help, he got a sort of arm protection when he’s sleeping and stuff like that, so we’re hoping for a quick recovery. Obviously we would’ve preferred to be here with pyth, but again we’re very grateful that Maikel wanted to help us here and stand in for us. He is a player we know, we’ve played with him before, we knew the social part is going to work out, and he’s still a good player so he was the best option for us. I think it’s going to work out great with him.

Going into the latter half of the year, considering the new season started and a lot of changes happened, you stayed the same except the unfortunate injury, what are you looking forward to? What are the goals?

Our goal is to establish ourselves as one of the top three teams, even become the best team. That’s what we’re going to try and reach this Autumn by maybe going to less tournaments but all the big ones, and come into those tournaments super-prepared. That is the goal we talked to each other about and what we’re hoping to reach.